The metaverse and HR: why should you care? 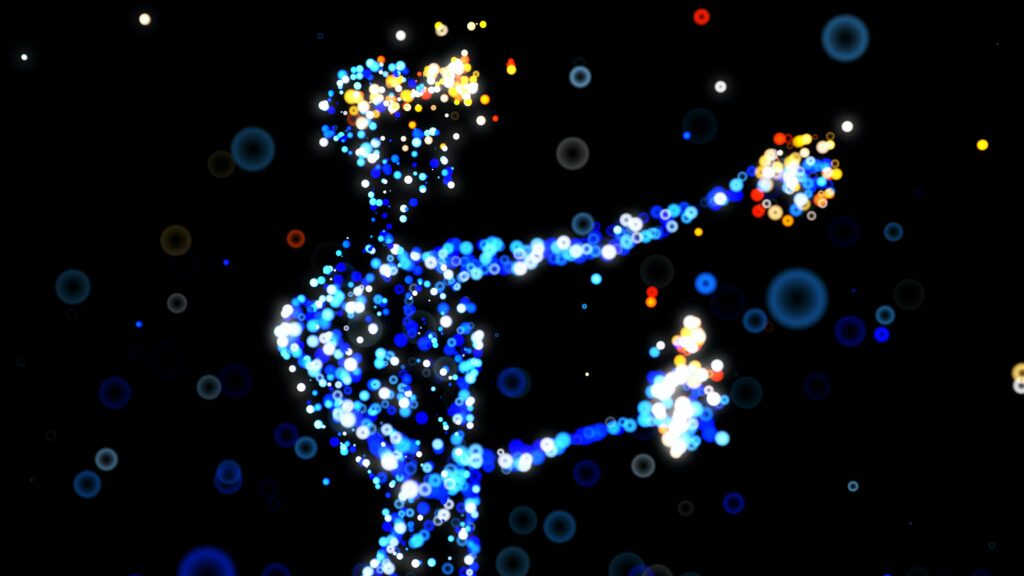 HR leaders are used to hearing that technology will change the world – but what about when it’s actually creating a whole new ‘universe’?

Photo by julien Tromeur on Unsplash

The word ‘metaverse’ was something that until October 2021 no one had really heard of – and it was certainly not a term widely used in the future of work conversation.

However, Mark Zuckerberg changed all that when Facebook’s parent company changed its name to Meta. If one of the world’s most-recognisable brands makes such an announcement, we all tend to take notice.

In fact, following the announcement of the rebrand, online searches for the term ‘Meta’ went from almost zero to more than a billion in 24 hours.

But, even with these comparative seismic shifts in awareness, there is still a healthy scepticism around this virtual reality medium and what it can prodice in a workplace setting.

So, what is the metaverse – and why should you care?

To begin with, it might make sense to figure out what the metaverse even is.

There remains confusion over this word, but this new techno-jargon term simply refers to virtual reality, a form of Internet that is more similar to real life than the Internet we’re all used to, allowing us to connect and work remotely in a more tangible experience.

Matt Alder, HR technology expert said it’s “a new way of connecting people and a new interface for communication. If you’ve never tried it, you would be very surprised.”

How will the metaverse impact hiring?

It’s no secret that the pandemic moved our use of technology forward by leaps and bounds.

For hiring this has had a major impact – and not necessarily for the good, as studies show remote interviews can have a negative impact on the experience for interviewees as it removes a lot of the human elements, we’re used to such as body language.

The metaverse aims to provide an alternative solution that will overcome these issues.

Matt Alder has been working with virtual reality, now known as the metaverse before it was even called that.

He said: “It makes perfect sense for hiring to use virtual reality spaces as it allows you to experience an environment and meet people remotely – and the pandemic made it make even more sense.

“Video interviewing is now very much the norm but we’re talking to each other through these very flat screens, which isn’t ideal for situations such as group interviews.”

The metaverse can also contribute to the space of anonymous hiring, according to Alder. It allows you to meet someone in a virtual room in an anonymous version of themselves, which is a “really obvious use case and potential” of this technology, he says.

While Alder thinks it will still be a little while for the metaverse to be used for hiring, he does think that for onboarding it’s going to be a much shorter time frame. Especially considering the number of people starting new jobs remotely.

Is it just a fad?

Since the hardware has become cheaper recently, and you can now purchase a headset for as little as £300, it has become more common to see people enter this new embodied Internet.

While it is not currently used in every organisation, Alder says many businesses he works with admit to experimenting with this new technology, but it is still in the early days of adoption.

He said: “You just have to look at the amount of money that tech giants are putting into it.”

His reference is to levels of funding being deployed by major technologies – with FANG (or now MANG: Meta, Amazon, Netflix, Google) being major investors in adopting the metaverse.

Meta reportedly spent $10 billion on it in 2021 alone. This grade of investment is significant considering tech companies such as Apple spent only $150 million on the original iPhone, which was similarly criticised as being a ‘fad’.

Learning and Development: can the metaverse help here?

Sam Isaacson, global director of consulting at CoachHub, said that the technology is far from being a flash in the pan and that the uses for businesses are major, especially when looking at L&D applications.

He said: “Coaching in VR is undoubtedly a pleasant experience. VR locations are predictable and therefore safe, which is crucial for creating a welcoming environment for coaches.

“More importantly, there are no distractions in VR – both coach and coachee can fully focus on the session.

“Additionally, VR gives me the freedom to share content like diagrams as well as collaborate using sticky notes or creativity in a much more natural way than video conferencing does.

“Video calls have a problem in that sharing my screen suddenly dominates the little rectangle through which we’re communicating with content, moving the focus away from the human connection, in a way that drawing on a virtual piece of paper in an immersive world doesn’t.”

One of the reasons he thinks it is so powerful is the ‘physical’ element, which he says is “crucial to building psychological safety”.

This is enhanced because the data being exchanged is far smaller than is needed on a video call, so the lag that stops group chats from being so flowing on video just isn’t noticeable, regardless of the distance travelled.

He said: “So far, every person I’ve coached in VR has said they’d like to do it again, which I think speaks for itself.

“It’s definitely got a bit of novelty value going for it, but I think there’s enough extra value there that makes it worth considering a lot more seriously as a mode for coaching.

“And, as metaverse technologies continue to develop, it will likely become a preferred method for communication for coaches and coachees sooner than we expect; as with video conferencing a decade ago the technology exists, now all that’s lacking is adoption.”

How can we start to use the metaverse now? A case study: Hubb insurance broker

So, how are businesses currently working in the metaverse? It’s hard to imagine what work looks like in this new space. We spoke with Edward Halsey, co-founder and Chief Operating Officer of hubb, the first UK-based insurance broker to be metaverse-ready.

Hubb are currently using the metaverse to do work. Their team is distributed across the country, so they connect using virtual reality headsets to help their remote team interact.

One way that they do this is by co-working together in a virtual office environment for a couple of hours a day.

Talking about his virtual workday he said: “In the metaverse I sit at my desk, I always have the same one, but you can be in a tower block in San Francisco overlooking the bay, you can be on the beach, you can be wherever you want, so the possibilities are endless.”

In the metaverse, Ed and his co-workers can feel like they’re in the same space allowing those typical ‘water fountain’ type conversations to happen even though the team are actually in their homes across the country.

“Insurance is renowned for golf days” said Ed. So naturally, one way that hubb have been using the metaverse is to host virtual golf activities with industry colleagues.

He said: “Some people I wanted to catch up with who were also interested in the metaverse, so I said, ‘why don’t we have a game of golf together?’” – and so they did.

Ed is keen to encourage others to try what works. He said: “It’s about immersing yourself in it, throwing yourself in without any preconceptions, learning what you can about it and digesting. Then asking the question – how can we make this apply to our business?

“This is coming from someone who works in insurance, the most risk-averse industry, I would just urge people before they pass comment or make judgements to try it, which for anyone thinking about using it would be my key takeaway.” 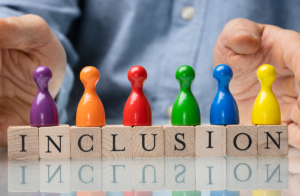 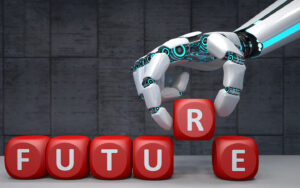 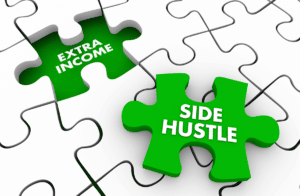 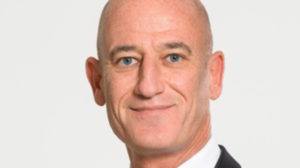 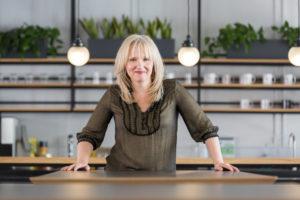 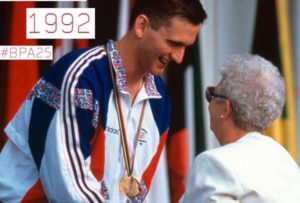