Tech in 2020, The Long Read: Robotic Process Automation is the future of jobs, not job losses 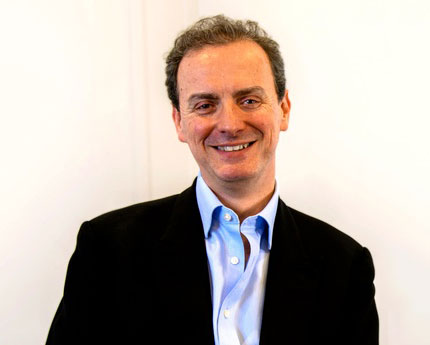 Recent stories have prophesied a bleak future for human workers. The Office for National Statistics has predicted that automation could replace 1.5 million jobs – however, the same was said about the internet. Rather than take jobs, it boosted employment, and today new technologies – including robotics process automation (RPA) – are set to do the same.

In fact, a World Economic Forum study has predicted that machines and algorithms in the workplace could add up to 58 million new jobs in the next few years. In addition, AI, robotics and other forms of smart automation have the potential to bring great economic benefits, contributing up to $15 trillion to global GDP by 2030.

When it comes to specific organisations, RPA can help both staff and businesses – unlocking previously untapped human resources by freeing workers up from repetitive, routine tasks. UK employees are still bogged down in daily admin, with more than two-thirds (71%) spending a day a week on repetitive tasks that could be undertaken by software robots.

At the same time, workers are recognising that automation will free them up to complete more valuable tasks and projects: 58% of people working for organisations where RPA has been introduced say it has had a positive impact on their role.

With nearly two-thirds (63%) of the UK workforce saying they would outsource tasks to a robot, given the choice, it becomes clear that robots will enhance job satisfaction, allowing workers to spend more time on adding value to their businesses where it matters most. As Professor Daniel Cable at London Business School and author of Alive at Work, comments: “Humans aren’t built for routine and repetition. We are designed to crave exploration, experimentation and learning.”

For companies seeking to produce high-quality products and services for customers, provide an optimal working environment for employees, as well as boost productivity and revenue, RPA technology could be the answer. It mimics the activities of human employees, whilst far exceeding their speed, accuracy or volume of output.

RPA is helping improve the job market by outsourcing the everyday and the routine. By taking care of admin tasks such as invoice processing, CV checking or customer support, RPA gives humans more time to spend on strategising and planning, as well as on other higher-value tasks. These tasks bring bigger benefits to businesses – profit growth, business expansion, and a larger human workforce.

A recent study conducted with Forrester Consulting has shown that businesses and organisations have observed myriad benefits of RPA – including increased employee engagement. That’s because RPA allows employees to engage in richer interactions with others, perform work that requires more brain power, and make fewer mistakes. Two-thirds (66 percent) of respondents said that RPA restructures existing work, enabling employees to have more human interactions, whilst 60 percent said RPA helps employees focus on more meaningful, strategic tasks. This has led to better employee engagement, according to over half (57 percent) of respondents.

Reinvesting in what matters

One example of a company benefiting from RPA is EDF Energy, the largest supplier of low-carbon electricity in the UK, which employees around 12,500 people. It uses RPA for manual journal-entry financial processing. Previously, every time a new entry was added, a team member had to manually review and enter it into an ERP system. After automating the process, EDF has saved £100,000 in software license and development costs, and 70 man-hours – nearly two work weeks’ worth of time, which can now be better spent elsewhere. This has brought an additional £50,000 worth of aggregated annual savings to the firm – money that can be reinvested in the business and its current employees.

Another example of tangible business benefits, caused by RPA, is General Electric. The company had already implemented RPA and wanted to expand its automation scope to an enterprise level, achieving high-scale adoption and enhanced productivity. It created an RPA Centre of Excellence and training hundreds of finance professionals on RPA. After incorporating machine learning and business process management (BPM) into its RPA stack, the company recorded a $150 million productivity benefit.

RPA can bring business benefits across all sectors – including contact centres, where human talent will still be prevalent, even as automation rises. A report from McKinsey has found that the majority (96%) of customer-care leaders think new technology won’t reduce the need for human skills – whilst 94% believe that they will need to hire new agents.

Every contact centre agent needs to rapidly access multiple data sources in real-time and a software robot will significantly boost both speed and accuracy, delivering increased job satisfaction for agents. RPA can also help with the considerable number of administrative tasks brought in during and after each call, again enabling call centre workers to save time and increase their job satisfaction.

RPA, and other new technologies, becoming widespread in our society is inevitable, and it should be embraced positively – and implemented correctly. On the surface, automation job statistics may seem alarming, but far from destroying jobs, robotic process automation (RPA) can help transform jobs and keep employees happy and engaged. There were once fears that computers, the internet and email would eradicate workforces, and yet it’s had the opposite effect. Nowadays, there are barely any industries in the world that do not rely on modern technology to some degree – and these innovations have even created jobs that didn’t exist 30 years ago.

RPA is primed to have the same impact: creating not just jobs, but also positively affecting society and enabling staff members to focus on more valuable, gratifying work.