– This Much I Know with Lisa Haggar, HRD

The HR World speaks to industry leaders about their careers and life – what advice would they pass on and what wisdom brought them to where they are now.

In this edition we caught up with HRD Lisa Haggar who believes the handbook needs to be thrown out in order to put people back at the heart of HR. 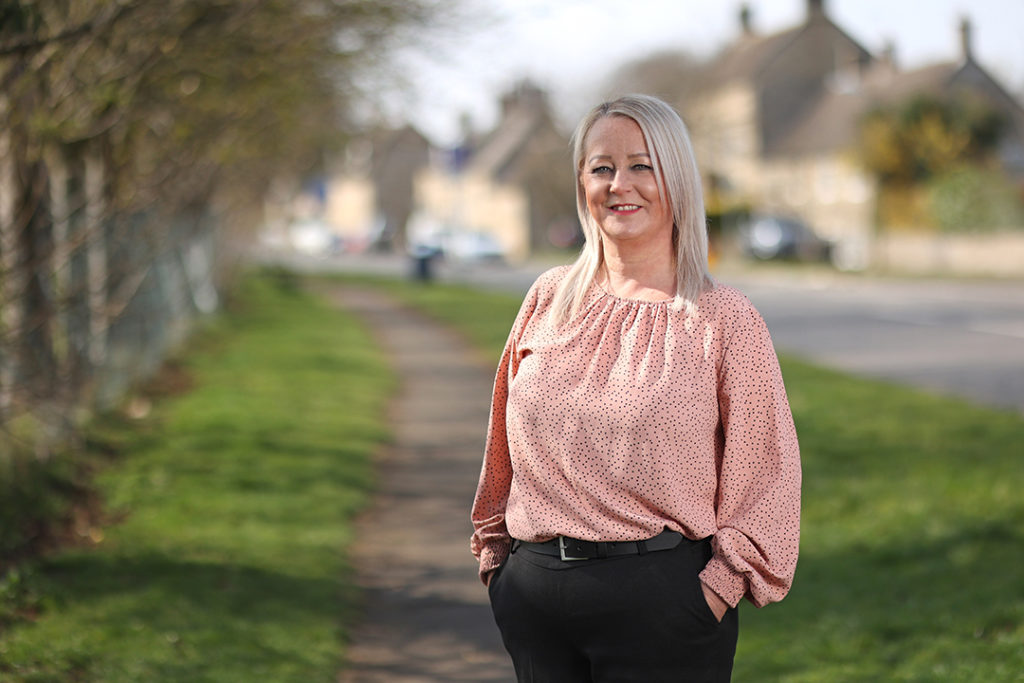 I learned my most useful professional skills as a child.

I had difficult and traumatic childhood. Both my parents were alcoholics and my father was domestically abusive to my mother. But adversity taught me to be strong, independent, fearless and resilient. I don’t think I’d have had those skills if I hadn’t had the childhood I did. I was quite withdrawn and quiet as a child but grew into myself as an adult when I realised that there were actually positives to draw from a childhood like mine.

HR offered me what I’d never had growing up.

I left school at sixteen and did admin jobs before going to college to study business. HR was one of the topics we studied and I quickly saw that beneath all the processes, it was about giving people an environment to thrive in. I’d never had that as a child and I was drawn to creating it for other people. In one of my first HR jobs, I was talking to a woman about her increased absence and she confided that she was in an abusive relationship. She hadn’t told anyone about it before and it was a really powerful moment for me. I gave her the support she needed to make the right decision for herself. It was a privilege to be in a position to that.

There’s a lot of industry talk and not early enough action.

At the moment, there’s a lot of focus on menopause for instance. I’ve been going through it myself for two years and it’s a bitch! I’m open and vocal about my experience. I’ll take a meeting break because of a hot flush if I need it. But a lot of women don’t feel they can be this open. And that’s the problem: whether it’s the menopause, mental health or diversity and inclusion, we as an industry are prone to looking for the next big challenge. So we talk about a challenge, write strategies on it, discuss it – and often move onto the next thing before we’ve really impacted on the original goal. I’d like to see a far more considered approach that uses data and feedback to check if we’ve embedded change and made concrete progress on thorny issues. There’s no good giving all the line managers a webinar on mental health if they roll their eyes the next time someone needs time off for depression.

We need to change our mindset about so many things in corporate life. 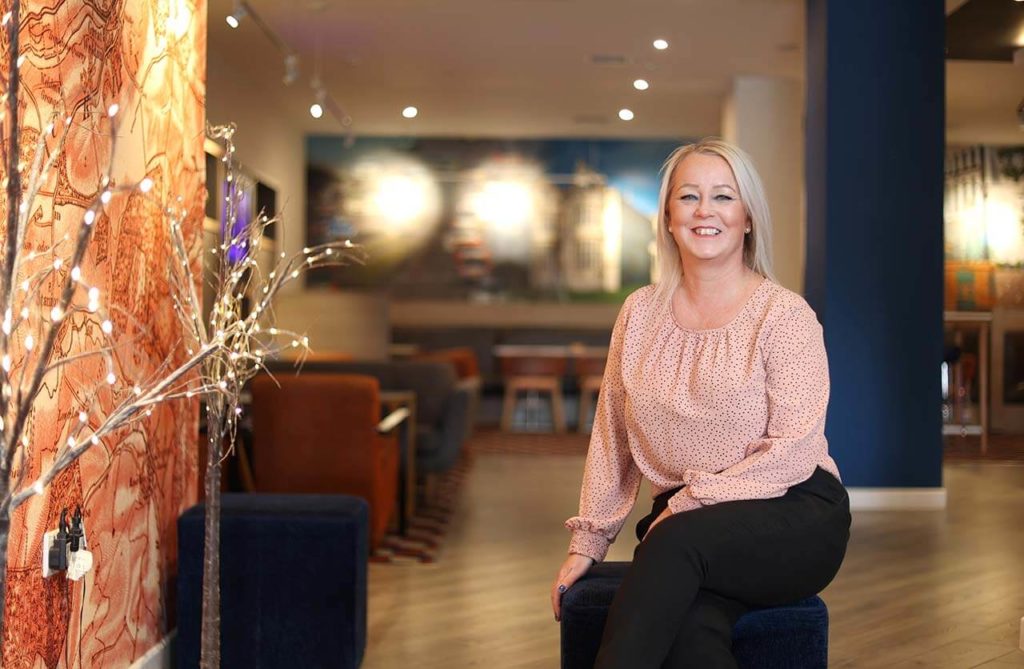 There are still too many rules that are completely out of date. There aren’t nearly enough young people going onto boards for instance because there’s this assumption they don’t have enough experience. But it’s about talent, not years in the job. Interviews are still conducted like courtroom trials. It’s adversarial, not conducive to really getting to know a person and whether they’re a good fit. Companies say they’re inclusive and then write job ads specifying a Russell Group degree. CVs of great people are rejected because they haven’t got experience in a particular industry. There’s so much outdated thinking.

Vulnerability is important to role model as a leader.

What’s key in our job is that you have to give people trust in order to get it back. That means opening yourself up, being vulnerable. That was a big thing for me because of my past but I just had to take the leap. But I know for sure that it reaps rewards.

Recruitment is still way too one-sided.

I’m looking for my next opportunity right now and have been undergoing interviews recently. It’s been eye-opening. In one, I spent an hour-and-a-half talking to a CEO about my experience, skills and the value I could add to his organisation but he didn’t know what to say when I asked him what I’d get from working for his business.  I asked him some of the questions he had asked me and he clearly was very uncomfortable about that. I wasn’t surprised when I didn’t get the job. I feel empowered to ask challenging questions because I’m senior and have a strong personality. But I know a lot of younger people won’t feel able to. It’s a really essential pivot that many businesses need to make. Employment must be a two-way process.

More businesses should have Chief Learning Officers as well as Chief People Officers.

We have to embrace that most things can be taught but right now many companies assume that people who are good at what they do are good at sharing knowledge – and they’re not always. Learning and development is a real skill. It’s also often conflated with HR and I understand why that happens in small companies. But even the larger ones seldom have chief learning officers and L&D is usually the first place that gets de-invested in when there are budget cuts. Development is seen as a nice to have and that’s very short sighted: you have to invest in people to keep them, especially now with the impact of the great resignation and the war on talent.

My greatest mentor told me that I needed to understand two things: influence and listening. She was right.

HR struggles to be taken seriously in many businesses. There’s this perception we don’t understand the numbers or add to the bottom line. One of my early mentors told me that I had to understand the true meaning of what it is to influence because when you’re managing people, you’re managing politics. The other skill was listening. I’d watch her in meetings, taking it all in and then delivering one line that landed perfectly. She said less but listened more.

She also said ‘be first in and last out’ – and I’d challenge her on that today.

Back in the day we had to work longest to be taken seriously. It was the first in, last out mentality. But I’m encouraged by more businesses now recognising it’s about impact – not hours. There will always be more work, priorities and challenges but they’ll be there in the morning and you’ll be more efficient by resting properly. More senior people should role model leaving early or on time. You have to be the person who creates change. It will feel uncomfortable the first couple of times you leave at 5pm. But if you take actions to show this is acceptable, others will soon follow and it will be the new norm. Then you’ve changed the culture of your business and burnout serves no one.

There are huge intergenerational challenges for businesses now.

Many companies have three or four generations working for them. And while the differences between immediate generations isn’t too significant, those between say Baby Boomers and Generation Z are huge. We need to look at the different generations and really work out how they all want to work. But a lot of businesses are still saying ‘this is the way we do things’ and need to be more fluid. Take texting. Young people are not being lazy, they’re communicating in the way they know how. And when we look at CVs, there’s often a worry that a younger candidate might be an unreliable job jumper because they haven’t been anywhere longer than two or three years. But that’s the norm now. Younger workers are transient, they will move to what fits with them, they will have portfolio careers. We have to create environments they want to work in but also change some of our attitudes and build new trends into the business model.

I’m outspoken, I’m Marmite and I’m okay with that.

I’m 51, know who I am, and am confident in who I am. Some people get me but others don’t. I’m comfortable with that and it’s why I describe myself as Marmite. It’s a freedom comes with age and experience. A lot of people think like me but won’t say it publicly because their company won’t allow it. One person I know for instance was asked for the log in to her personal Linkedin account because she was stepping a little too much out of line. I understand people are fearful of the sanctions but I have a voice and am not afraid to speak out. I don’t aim to be disruptive. But I do want to disrupt. Our industry needs to put people first again, become less process-driven. HR is not about the handbook, it’s about human beings, kindness and respect, which absolutely translates to the bottom line.

Want to become a partner?

Please get in touch and let’s talk about how we can help you make an impact on the future of work.