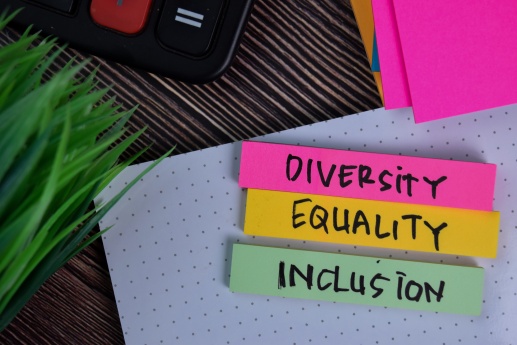 A new report suggests that 58% of UK senior employees believe the main focus of their organisation is business growth and development, not D&I.

The survey showed that less than half (40%) of respondents believed that improving D&I is a business priority over the next 12 months.

The findings from the Advanced Business Trends Report 2021/22, which surveyed more than 1,000 senior decision-makers from companies across the UK, highlights a disconnect between generations within organisations, as only a third (33%) of 18–24-year-olds believed that the leadership of their organisation is prioritising inclusion and diversity at all levels.

The research also indicated that younger employees are much more likely to be aware of the steps being taken to address diversity and inclusion within the organisation.

President of the CBI, Lord Bilimoria, said: “Let us be absolutely clear – more representative workplaces and boardrooms aren’t just the right thing to do, it is also about improving business performance.

“More and more businesses are taking this very seriously, as can be seen from increasing involvement in Change the Race Ratio, launched by the CBI in October 2020 to increase racial and ethnic participation in all organisations.

“Against the backdrop of labour shortages, it’s incumbent on all firms to step up investment in training to meet the UK’s £13 billion a year reskilling deficit.

“And accelerating efforts to draw on talent from across the whole of society through diversity & inclusion strategies to attract, retain and develop all under-represented groups in the labour market must become a top priority.”

When the COVID-19 pandemic hit, most organisations immediately moved to hybrid working.

Gordon Wilson, CEO at Advanced, says: “Diversity and inclusion can no longer be ignored, and we must act now to ensure that these issues are addressed.

“Time and time again, we have seen that inclusive workplaces are better for people, and better for business.

“Those organisations that deprioritise their focus on D&I will suffer irreparably as they lose out on opportunities to attract the best talent, narrowing their perspective and missing the value of innovating through connected diverse groups of people, potentially hampering their post-COVID recovery.”

Let's Get To Work!

Join for free to become a part of our exclusive members network of HR heroes who are taking on the biggest challenges in today’s workforce.